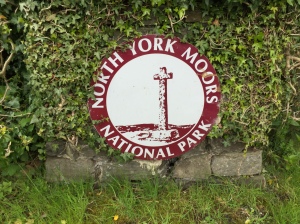 We went to the pub today.  It was only 11 odd miles away so just enough to work up a thirst.

The Lion Inn sitting atop Blakey Ridge is the only habitable building for a few miles. But that doesn’t seem to stop the trade as on this Wednesday night it seemed very lively. It’s a rabbit warren of a place with rooms tucked away in this corner and that and solid stone walls that feel like they will stay up forever. Indeed parts of it have already stood for more than 400 years and can definitely be dated back to Elizabethan and perhaps even older times. It’s had bits added to it over the years. Sally and Derek are in a modern wing while Julie and I and the boys need to climb up steep narrow steps to find our beds for the night. 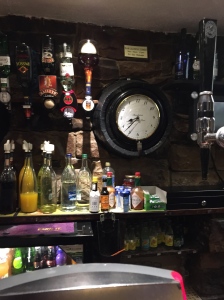 So we realised, retrospectively, that perhaps we should have done yesterday and today’s walk in one go and maybe broken up the 25 miler day instead. Partly because the diversion to Great Broughton which we insisted on walking ourselves added 2 or 3 miles onto the whole route. There is no accommodation at Clay Bank Top so it can’t be done any other way.

Reading the books regarding the Clay Bank Top sleeping problem we have noticed differences between the two editions of the Wainwright. Obviously there are changes in what’s on offer but the following lines are the 1st edition but sadly not in the 2nd.

‘The nearest communities [are] not at all tourist conscious and not unlikely to suspect, if you ask for a bed, that you are suggesting a sexual adventure, which, of course, is ridiculous (or is it?).’

On the upside of the way we’ve done it means that we’ve had two days of the moors which, frankly, are spectacular and again, all I can say is the pictures don’t do it justice. 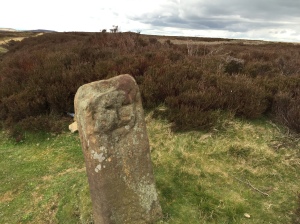 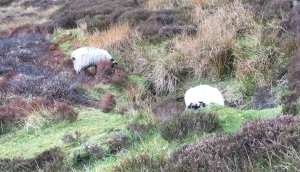 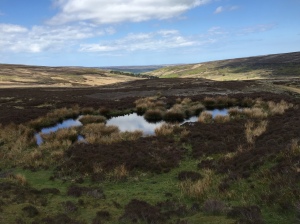 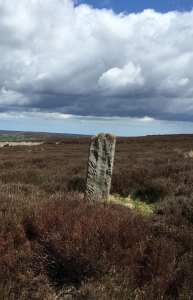 During the walks, I think since the ‘Ruby’ misunderstanding, John’s taught me a few ‘new’ old words.  Words that aren’t used very much any more.  I told him at one time that I used to live in Todmorden (West Yorkshire)  for a while.  He told me that ‘Tod’ means fox and quite often boys with red hair are called Tod. Also ‘blunt’ used to mean blond.

I didn’t know that the word ‘ford’, a passable point in a river, was also a verb. So you can ‘ford’ a river at the ‘ford’ in the river!

Another word he taught me yesterday was ‘ghaut’ which is a road that goes down into the sea, which may or may not have houses on. His aunt used to live in small terrace house on Tin Ghaut in Whitby. The link below shows a picture of the road and John was able to point to the house she lived in. The link also talks about the word having viking origins. However when I did a google search on it, all I got what a reference to the hindi word ‘ghat’ which means the path or steps leading down to the river. Fascinating.